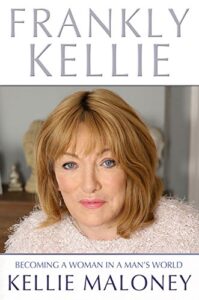 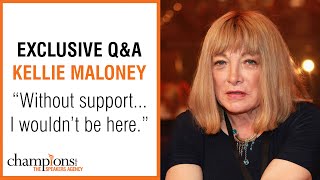 World class boxing promoter, Kellie Maloney has lived a life of two halves. Having transitioned from male to female in 2014, Kellie paused her career in the ring to step up as a transgender activist. Championing rights for those in the transgender community, Kellie’s public journey has supported others in similar situations and given insight to the mental health challenges she and many other face. An honest and compelling speaker, Kellie educates audience whilst entertaining them, a truly exceptional presenter.

In the prime of her career, Kellie, who was known as Frank Maloney prior to her transition, represented the best of Britain’s boxing community. As the promoter for Lennox Lewis, Kellie ensured the undisputed Heavyweight Champion gained global success, in addition to supporting four other fighters to win a world title. In 2014 the award-winning promoter announced her intentions to transition to female and to be called Kellie. Kellie’s public prominence has bought much-needed attention to the challenges faced by the LGBT+ community, as she has use her platform to campaign for equality, gaining her the title of ‘Transgender Champion’ at the 2015 Glamour Women of the Year Awards.

Despite finally living unapologetically as herself, and empowering others to do the same, Kellie still suffered with mental health issues. Consumed by feelings of guilt, Kellie spiralled into a depression which eventually led to a suicide attempt the culmination of decades of emotional turmoil. Having recovered, Kellie now speaks of her experiences and the importance of asking for help, in addition to the horrifying high statistics relating to LGBT suicide rates.

Most recently, Kellie has returned to boxing promotion, however, with a focus on young women in the sport, aiming to further encourage diversity and inclusion. As an experienced speaker, Kellie has shared her story at numerous events, and provided the tools for change for all audiences of her talks.

Kellie Maloney is regularly booked to engage audiences at events, read their latest feedback below:

“It could not have gone better. Kellie was brilliant very warm, open and interesting. She spoke without notes and told her story perfectly. We had a very diverse audience – there were Dentons staff and clients who are allies, LGBT+ staff and clients and several trans* people in the audience – and everyone really enjoyed it. While she was speaking, you could have heard a pin drop. Kellie also stayed and socialised afterwards, and you could see how much it meant to people to be able to talk directly to her. We are very grateful to Kellie for coming and making it such a successful event. Huge thanks to you and Kellie for all your work on this”.

“It was a great evening and Kellie was candid, down to earth and a great speaker for Evolving club. Please thank her enormously on our behalf.”

“It really was an amazing event, you guys and the BRG are amazing, impressive and courageous. Both Kellie and Gareth were so open and honest, we are really privileged to have had them visit the office and share. Thank you so much.”

To enquire about Kellie Maloney for your event or corporate function, simply contact us via agent@mentalhealthspeakers.co.uk or call a booking agent on 0203 9816 296.